"The Flintstones" premiered on the ABC Television Network 50 years ago today, September 30, 1960. 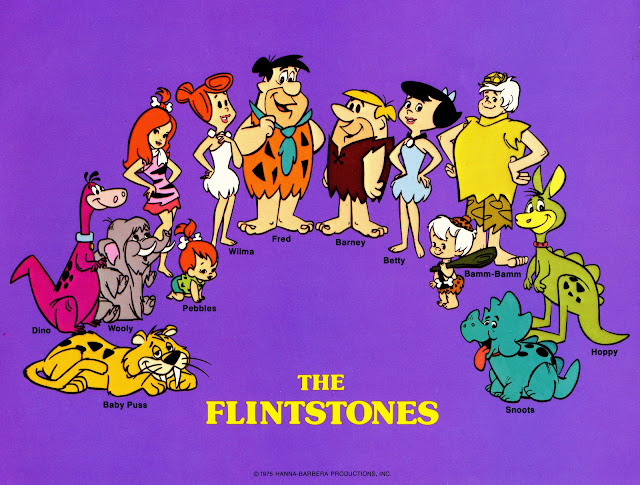 Hanna-Barbera Studio's promotion art for "The Flintstones" circa 1975.

I remember it vividly.  For a 6-year-old who loved cartoons, this was "event television."  The first weekly primetime cartoon show, in color, on ABC, from the makers of "Huckleberry Hound" and "Yogi Bear"?  Heaven!
The entire family -- mom, dad, and siblings -- tuned in that night, and everyone found something to like.  There were frequent laughs throughout the show.   Here was a new and rare example of cartoons and television bringing families together. 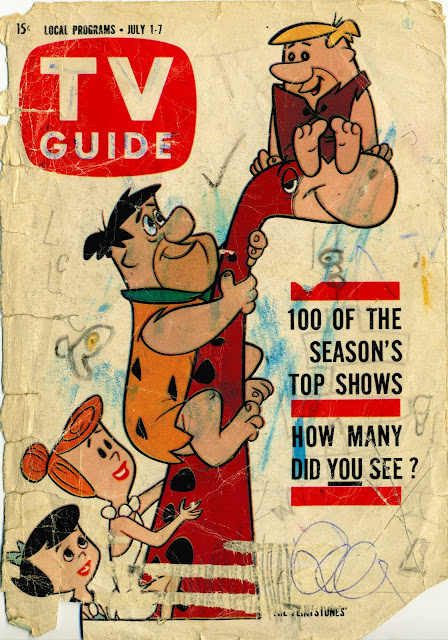 From 1961:  My  most cherished TV Guide cover, featuring my favorite TV stars of the era.
I started drawing Fred and gang almost immediately. Below is one of my earliest drawings of Fred and Barney from 1960.  Apparently, as far as I was concerned, "The Flintstones" had already joined the ranks of cartoon superstars. 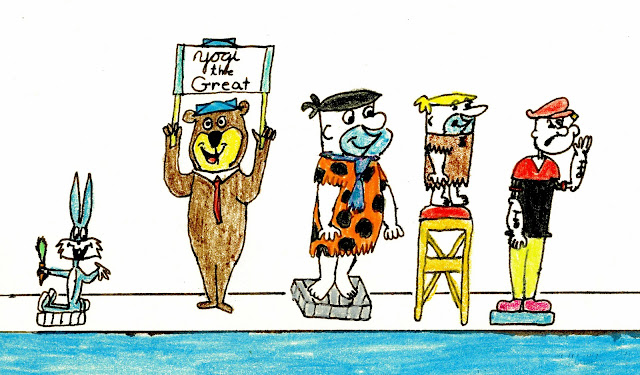 Below, a signed drawing of Fred by "The Flintstones" Sunday comic strip artist Gene Hazelton.    He drew a great Fred! 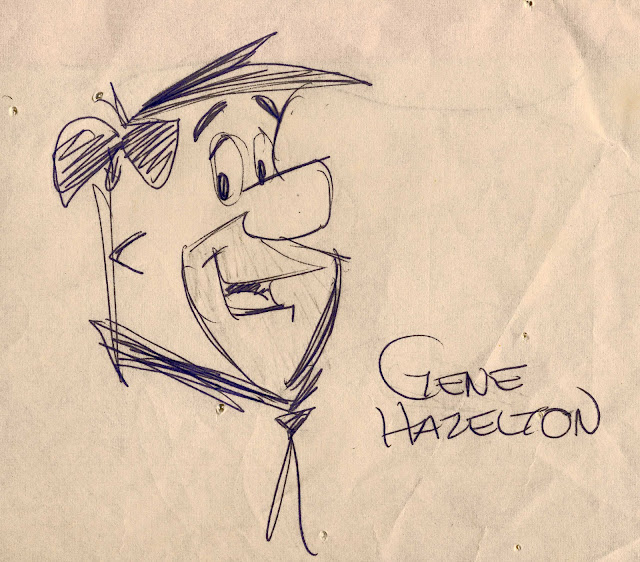 Fred became a fallback doodle drawing for me.  I've been drawing him adbsentmindedly practically my whole life.   Following are a few samples from over the years.  Keeping Fred on model does not seem to be a goal of my doodles. 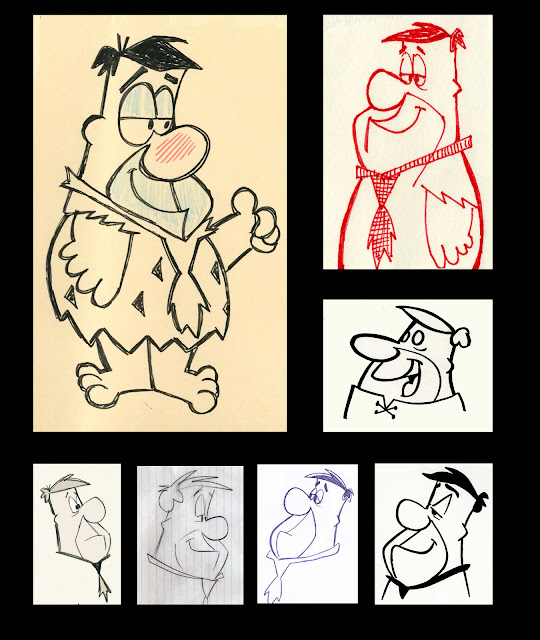 So, on this 50th Anniversary of "The Flintstones," thank you Bill Hanna and Joe Barbera and the entire creative staff at Hanna-Barbera for bringing this landmark show to life.
I had the privilege of working for Hanna-Barbera in the 70's and 80's.   I started out in Bill's arena, the animation and production department, and later I worked for Joe in the story, development  and writing department.  They both taught me crucial aspects of the animation business, and I'm eternally grateful to them for giving me such wonderful opportunities.
Bill and Joe were great guys, and they made some great cartoon shows! 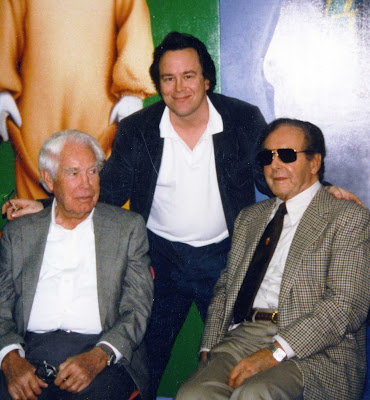 I had my picture taken with Bill and Joe at a 90's reunion.
Posted by Tom Ruegger at 2:27 AM