Here's one of my favorite Slappy Squirrel cartoons, directed by Rich Arons and Lenord Robinson, written by Earl Kress and yours truly, and starring Sherri Stoner as Slappy, Nate Ruegger as Skippy, and guest starring Luke Ruegger as Bumpo Basset and the one-and-only comedy genius Jonathan Winters as Stinkbomb D. Basset.

A major highlight of my career in cartoons was getting to work with Jonathan Winters -- and one of the highlights of being a dad was being able to introduce my sons to one of the greatest comedians of all time.   I am still thrilled that they had the chance to work alongside Sherri Stoner and Jonathan Winters in the same cartoon.  "Smell Ya Later" is one of my all-time favorite segments from Animaniacs.
Posted by Tom Ruegger at 12:23 AM 8 comments:

Here's a caricature of Steven Spielberg as drawn with markers by Bruce Timm on the back of a Yogi Bear Bop Bag.  Circa 1992, back in the Tiny Toons/Batman era.

The inflated version...it has been inflated since '92! 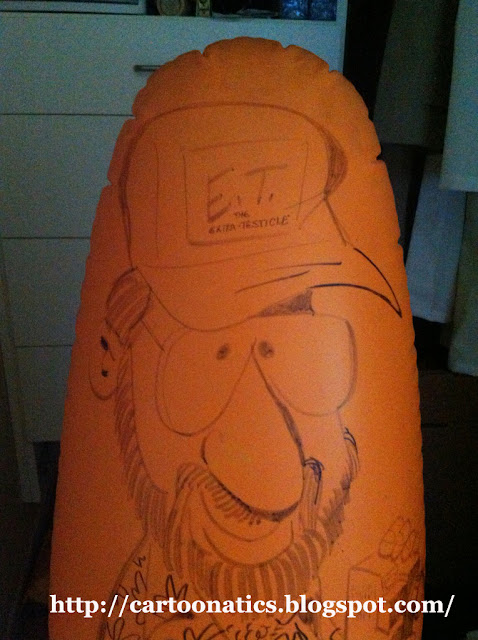 And below, the deflated version. 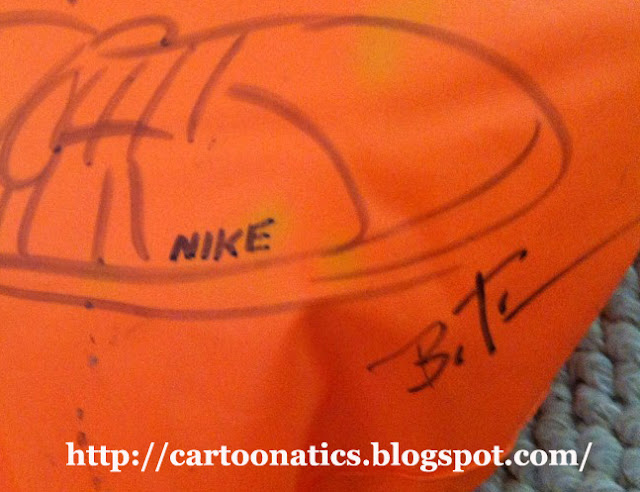