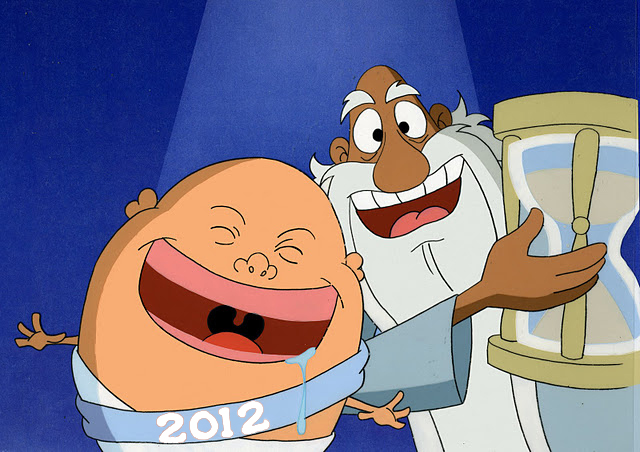 May the new year be a great one for all of you, and for everyone important in your lives.
Posted by Tom Ruegger at 8:41 PM 6 comments: 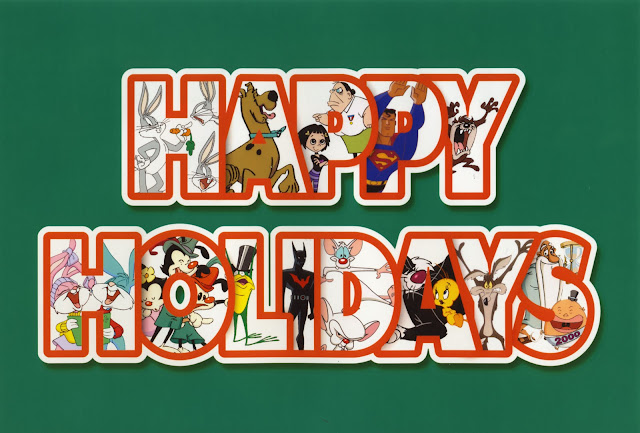 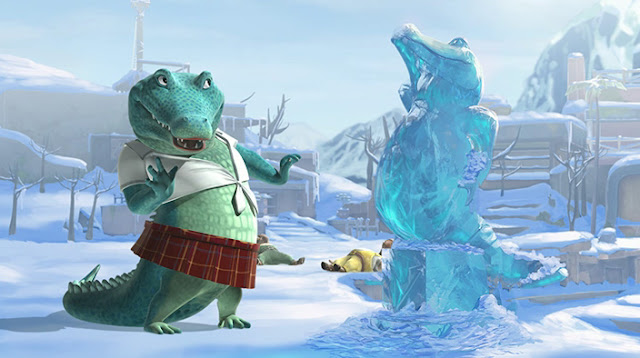 Allegra the alligator in an image from the holiday episode of  Animalia, the BBC series based on the classic book by Graham Base.
Posted by Tom Ruegger at 1:00 AM 2 comments: 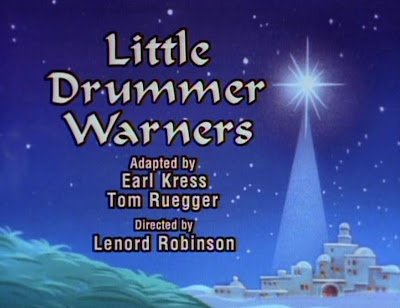 The "Little Drummer Warners" cartoon from Animaniacs...as seen on YouTube:

Here's the logo for "It's a Wonderful Tiny Toons Christmas Special" which first aired on December 6, 1992.   This image was used in trade ads, in newspaper reviews, and in "TV Guide" promotions.   Whoever ordered this artwork must have requested "extra cel-shadows."  That request was granted. 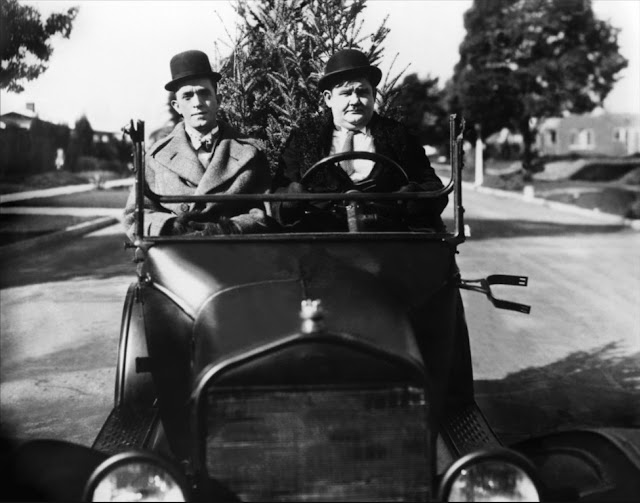 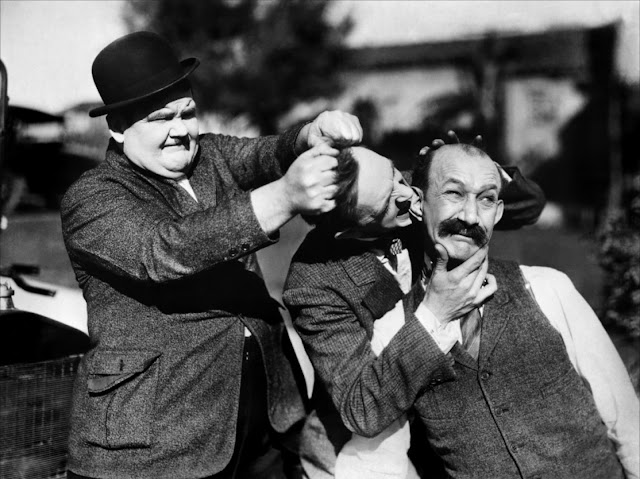 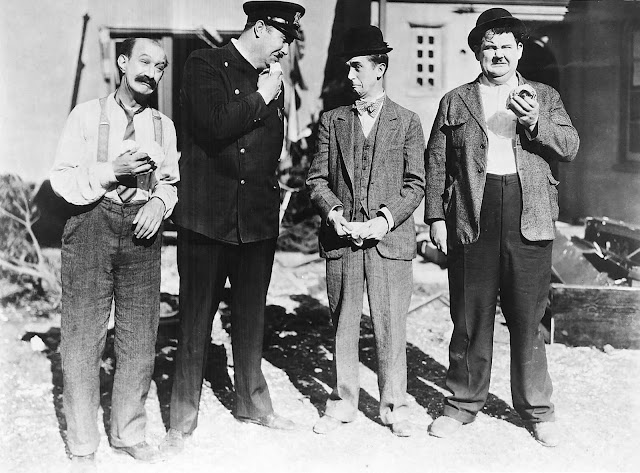 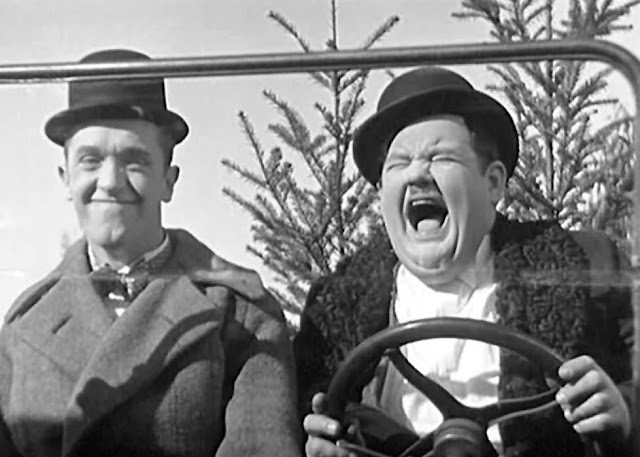 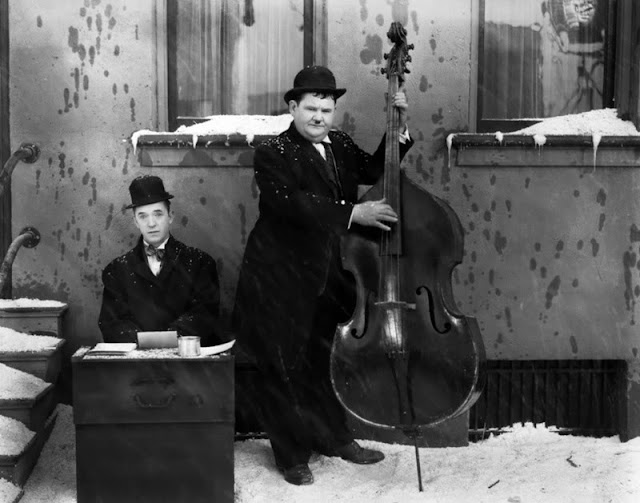 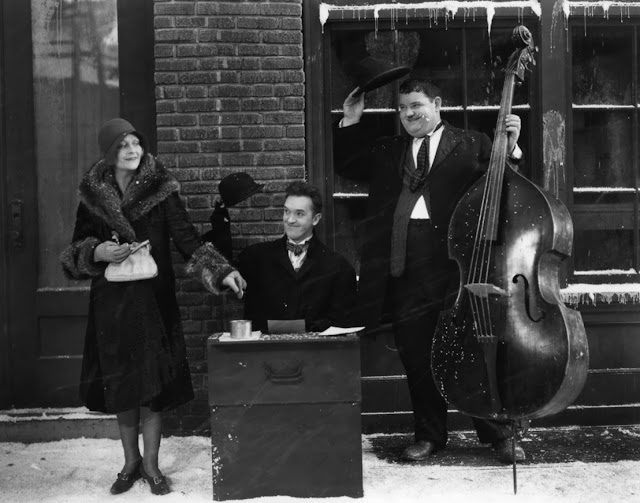 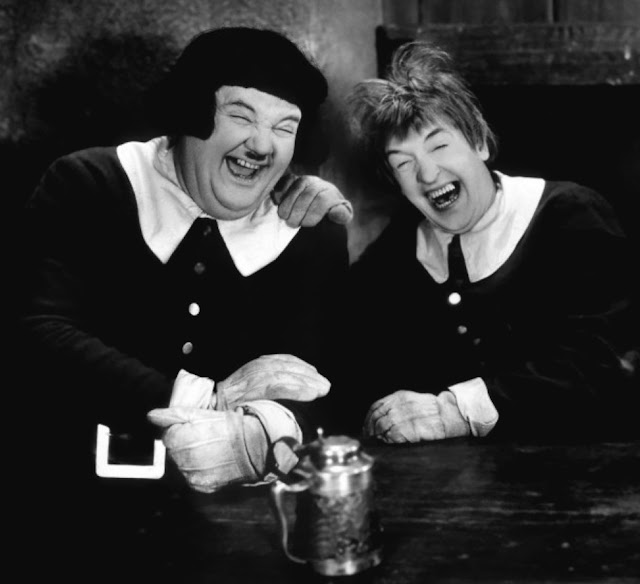 Happy Holidays!
Posted by Tom Ruegger at 6:27 AM 7 comments:

It's A Wonderful Life

For me, "It's A Wonderful Life" is the ultimate Christmas movie. 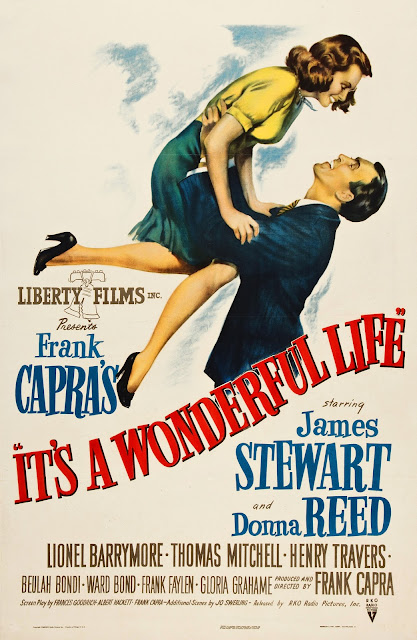 But when I was very young, I happened to watch part of it on TV and had no idea what it was or what it was about, and it freaked me out.  From my five-year-old point of view, it seemed to be a scary domestic drama that featured a husband yelling at his wife, the wife crying, the kids weeping ("What's wrong with daddy?"), the mother encouraging them to pray for him, followed by a bar fight, the husband considering suicide, and the mother turning dowdy, apparently losing her mind and being unable to even recognize her increasingly-desperate husband -- Yikes!  A total nightmare! 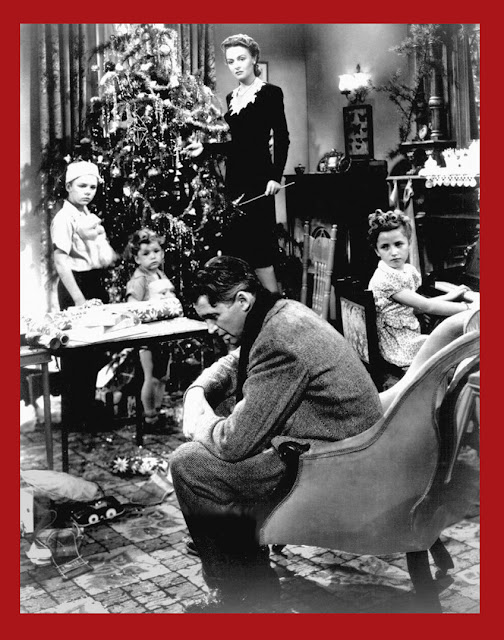 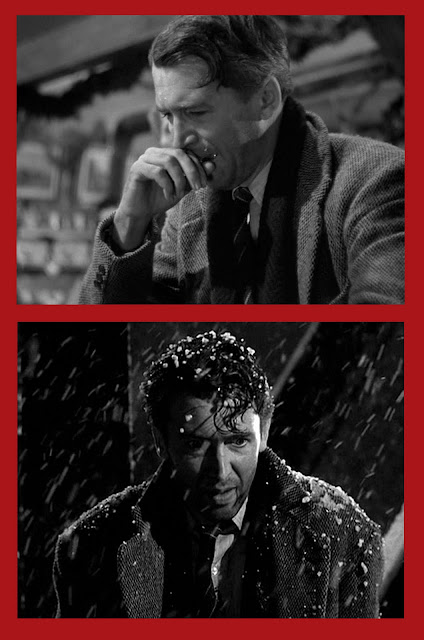 Years later, I sat down and watched "It's a Wonderful Life" from start to finish.  The opening is pretty crucial to understanding the plot, and I had missed that starry set-up when I was young.  I was  happy to learn that the movie was actually about a man who had lost his way and who found redemption through the love of his family, his friends, and thanks to a little heavenly intervention.    (During my previous viewing, I had not only missed the opening, but I had bolted before the happy ending.) 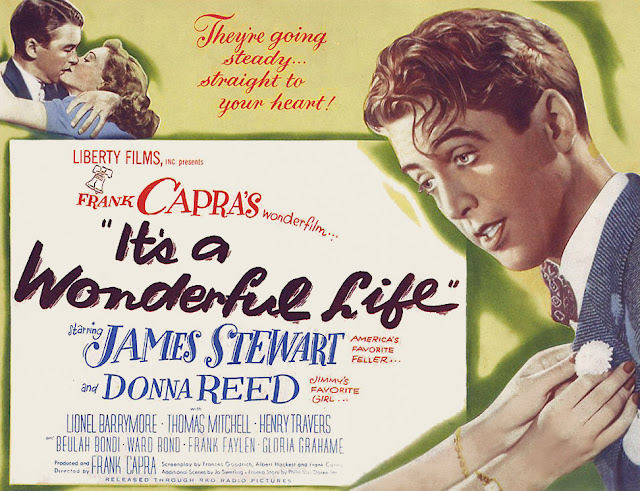 Now I watch the film every few years at Christmastime, and have to fight back tears when the townsfolk show up at the end, chip in to pull George's cookies out of the fire, and toast George as "the richest man in town."  Just thinking about it makes me a little misty. 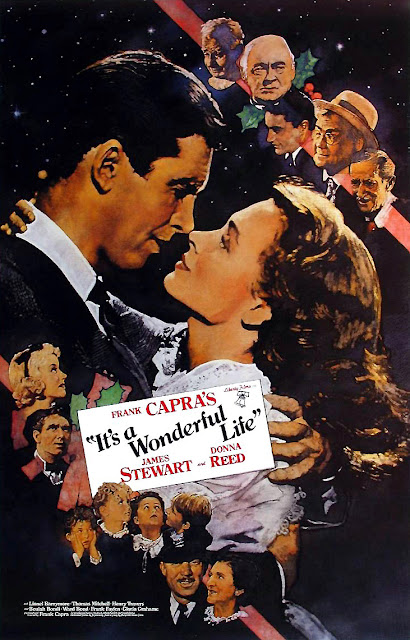 Just one question:  Why is Uncle Billy ever allowed to handle the Building & Loan's funds?  I mean, really.  The guy is clearly non compos mentis.  He unwittingly handed a huge wad of the Building & Loan's cash to Old Man Potter and then sauntered off as if he didn't have a care in the world. 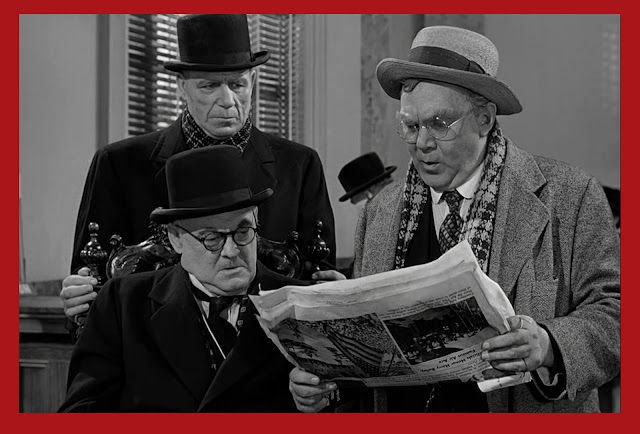 I'm thinking that on the first work day after Christmas, at the Bailey Building & Loan, George forces Uncle Billy into an early retirement and a rigorous 12-step program. 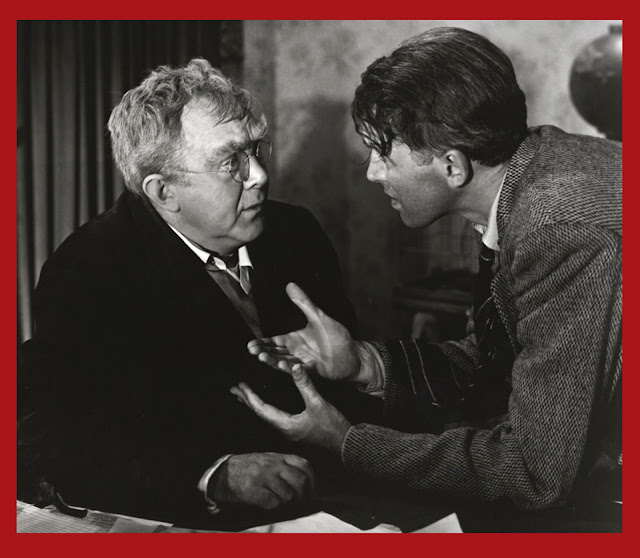 Now there's an even happier ending! 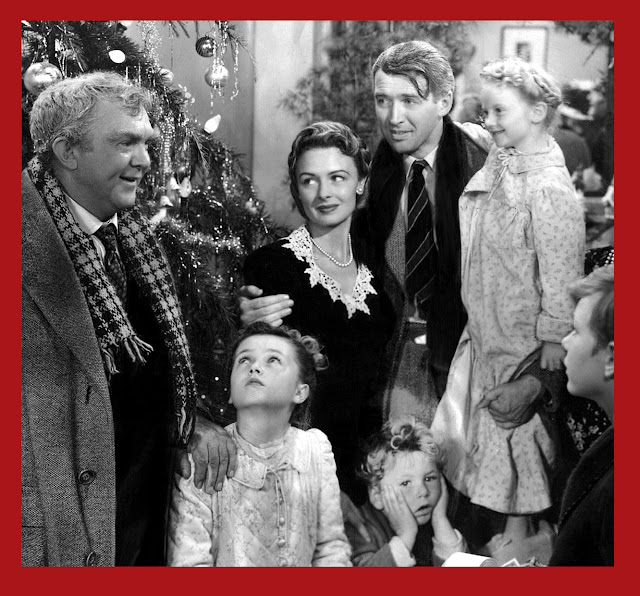 Merry Christmas to all!

When I was a kid, one of the things I looked forward to at Christmastime was the annual Coca-Cola advertisement created by the remarkable illustrator Haddon Sundblom.   Clement Moore's 1823 poem "A Visit from St. Nicholas" may have describe the jolly old elf in detail, and Thomas Nast's 1881 caricature of Saint Nick may have brought the image of Santa into focus, but not until the middle of the 20th century did one artist perfect the image of Santa and make it stick.  That artist was Michigan-native Haddon Sundblom (1899-1976), who created expressive paintings of the magical Mr. Claus for the Coca-Cola Company over a period of 33 years.  Here are three of my favorite Sundblom Santa ads... 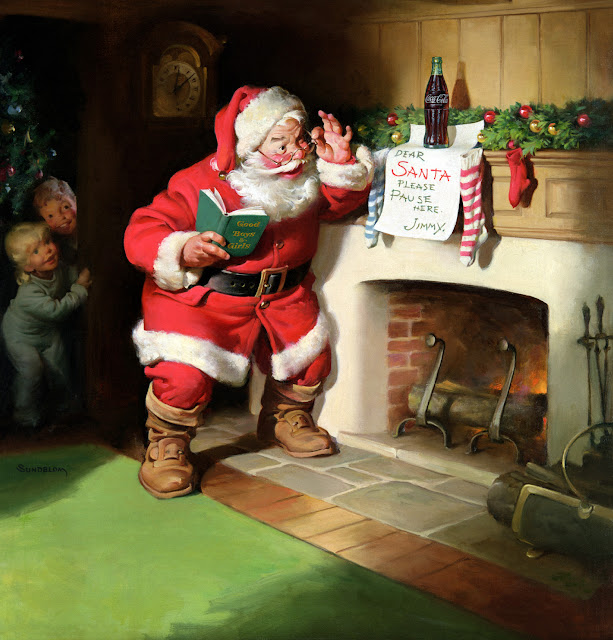 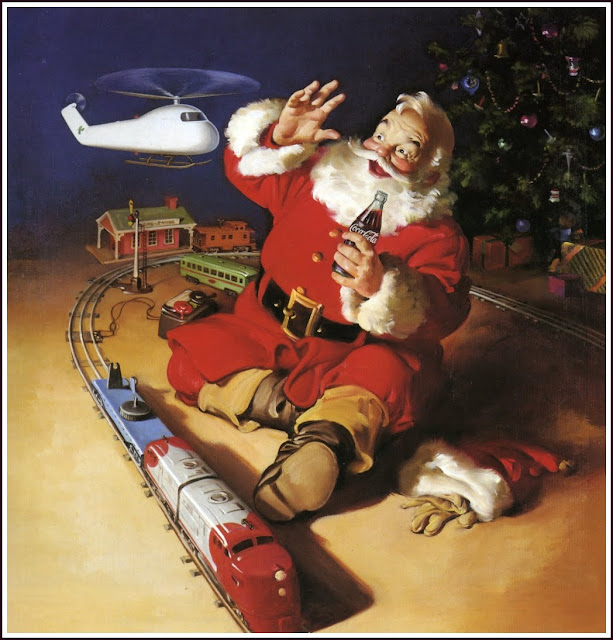 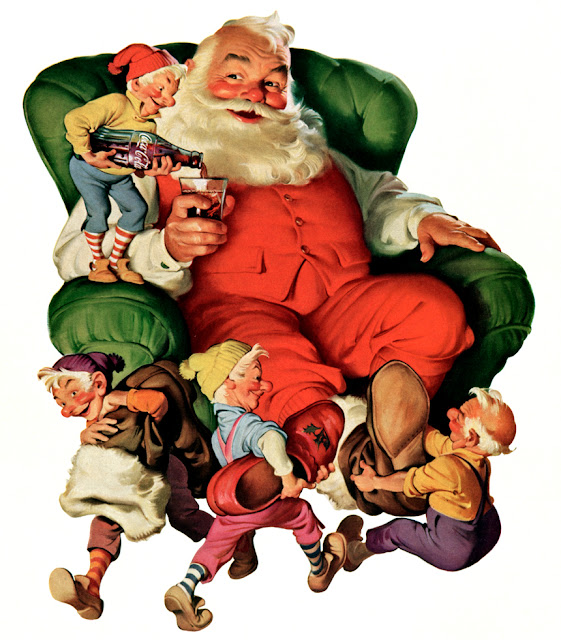