Back in the late 90's, we developed a bunch of different movie concepts for Yakko, Wakko and Dot.  Bob Doucette drew up preliminary posters for some of these development ideas.  Here's one that featured the Warners working at the North Pole -- and driving Santa's elves crazy. 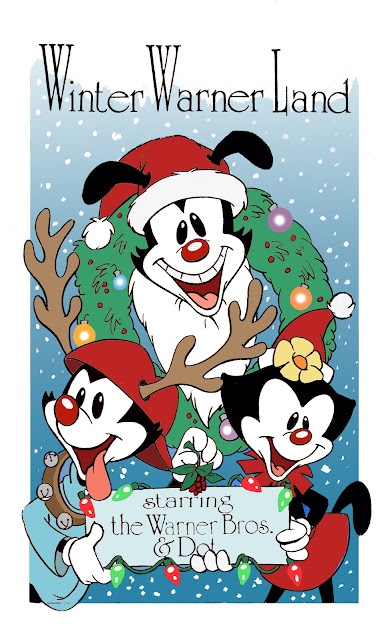 A Happy Thanksgiving to one and all! 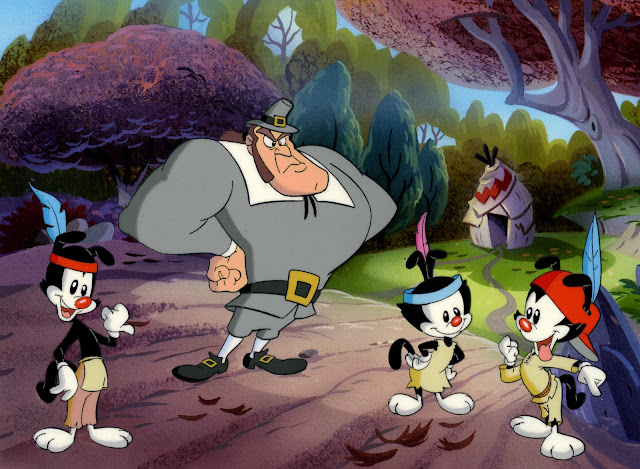 Yakko, Wakko, Dot and their Pilgrim pal Miles Standish from the "Turkey Jerky" episode of "Animaniacs."
Posted by Tom Ruegger at 1:21 AM 16 comments:

Here's another early "Tiny Toon Adventures" logo that Alfred Gimeno and I worked on for a while.  Of course, we ultimately went with the ring logo, further below.

The Last "Pinky and the Brain" Script: "Star Warners"

Here's the cover page from the last "Pinky and the Brain" script:  "Star Warners."  You can see that it was quite the group effort.  At the recording session, I asked the cast and crew members on hand to sign my script...for posterity. 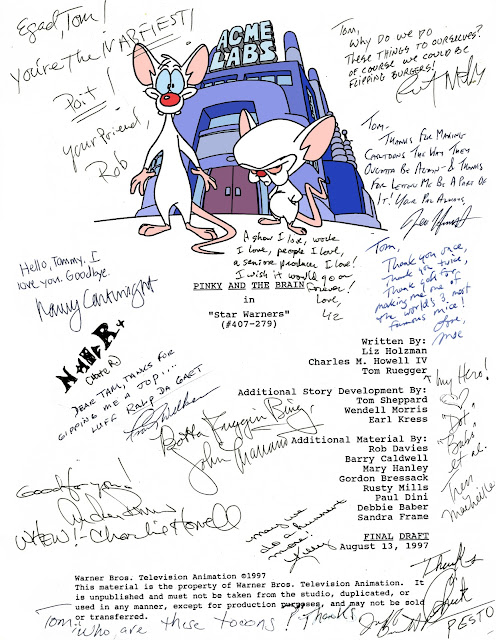 A Tiny Toons Character Who Didn't Make the Cut

Initially, a younger version of Foghorn Leghorn was going to play a role on Tiny Toons... 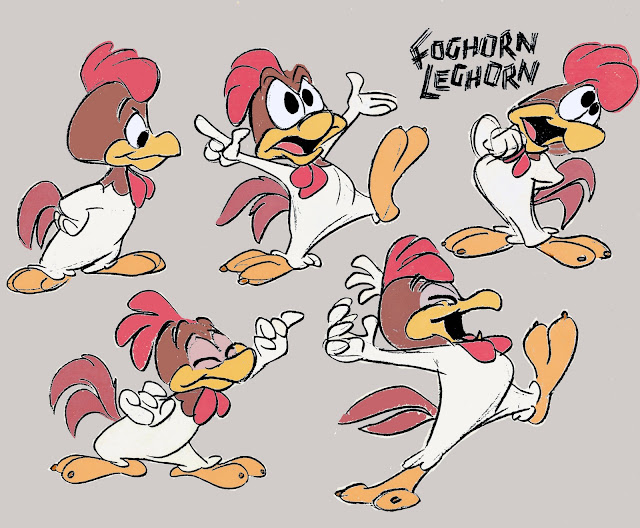 ...but no one could muster much enthusiasm for the character.  Ultimately, we came up with the foul-mouthed character named Fowlmouth, who seemed to carry on a bit of the blustery spirit of Foghorn, if not the design.  Fowlmouth, voiced by Rob Paulsen, made his biggest impression as the loud-mouthed movie patron in "Tiny Toons' How I Spent My (Summer) Vacation."
Posted by Tom Ruegger at 6:32 PM 17 comments:

Gone to the Dogs #21: Holiday Greetings! 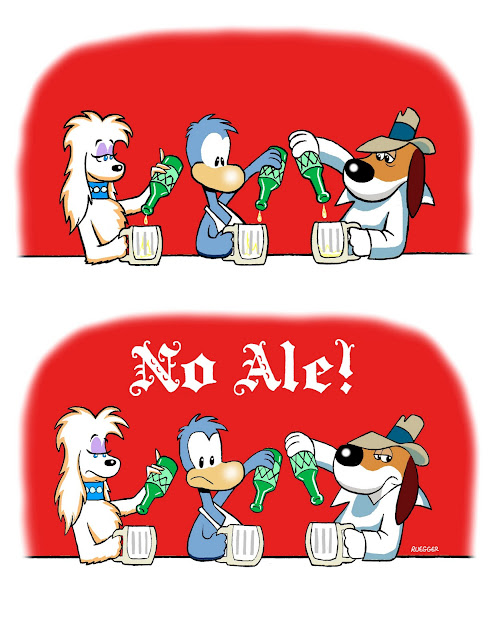 The Premiere of "Fantasia" -- 70 Years Ago Today 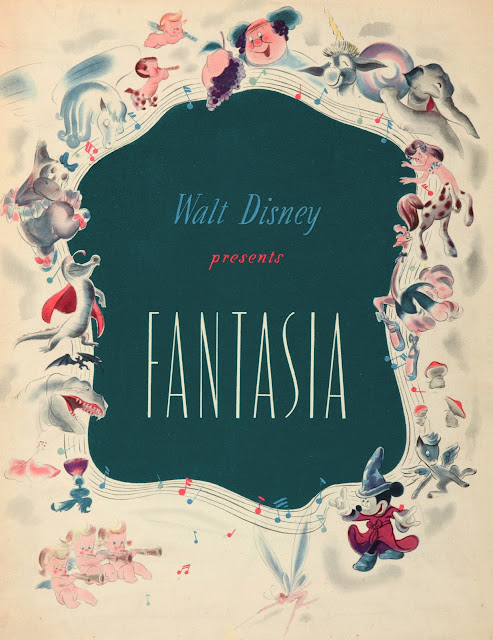 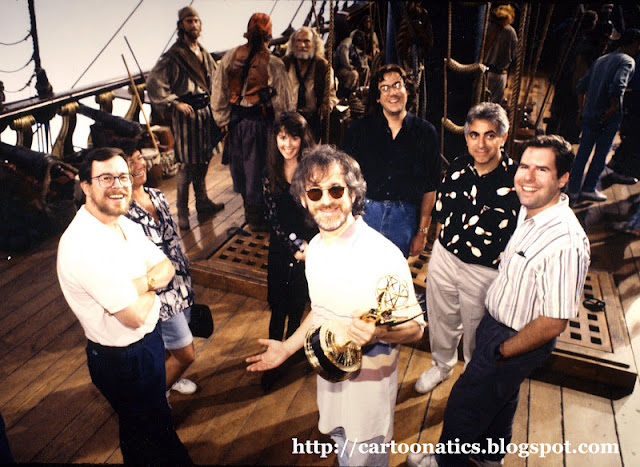 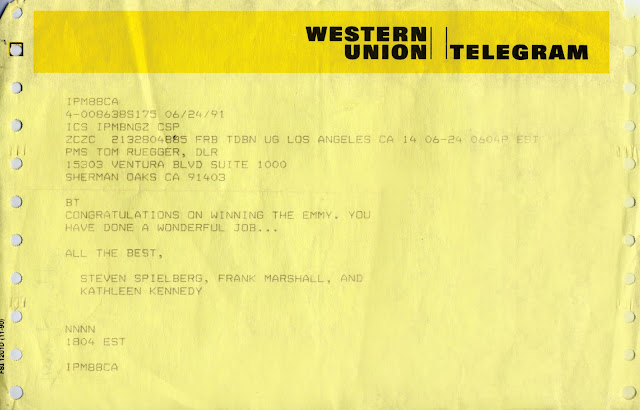