"The Good, the Bad, and Huckleberry Hound" – Part 2

Longtime pal and comedy-writer extraordinaire John Ludin has been good enough to send along some of his vivid (and funny) memories of Joe Barbera, Bill Hanna and many others during the making of “The Good, the Bad and the Huckleberry” at Hanna-Barbera Productions back in 1988.
And here they are: 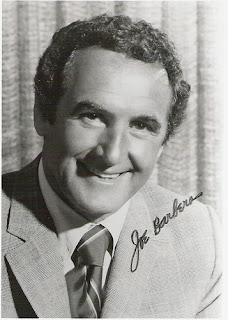 The following week, we returned to his office and he brought it up again, acting out the entire scene.   "So, this group of kids in a bus sees Yogi and Boo Boo and yells 'Look at the bears, look at the bears, look at the bears.'" Heading back to your office, we wondered why Joe was insistent on this, especially since Yogi wasn't even in the story, and opted to just leave it out, especially because it was so senseless. The next week Joe had read the latest draft and asked why the scene wasn't in the script. And I think he was kind of bugged that we didn't see how funny it was. One of us asked why the kids were there, and why they were in a bus. Joe said it could be a tour bus. He then, of course, reenacted the whole scene. I remember going back to your office and saying we should see what would happen if we left it out once again. You were smarter than that and advised we had better just put it in, so we could make it work. We wrote it in, then I recall, in an homage to Groucho, having Huck turn to camera and deadpan, "That was a strange interlude, twern't it?" or something like that. 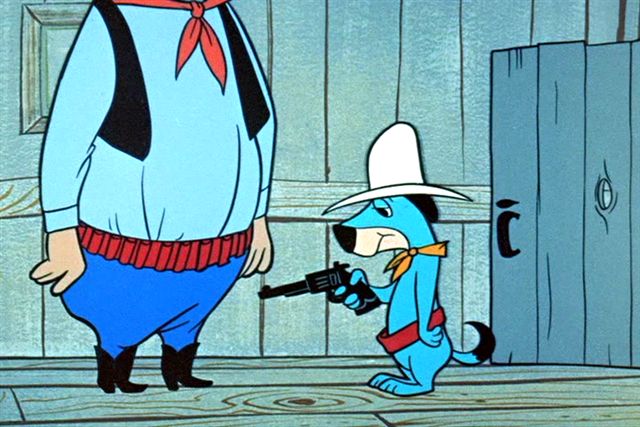 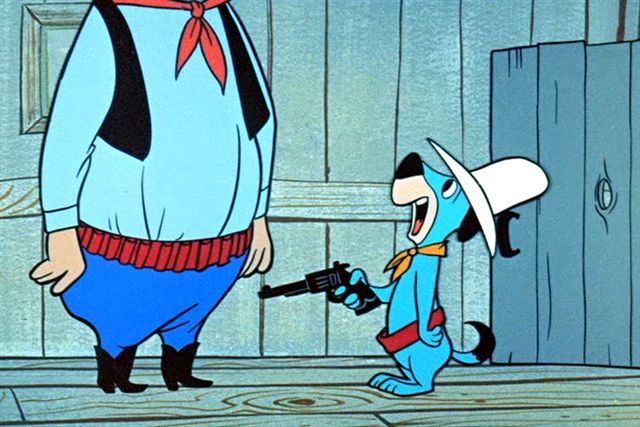 Joe was only outdone by Bill, who slapped in the Dalton's "Gold, Gold, Gold" song without us knowing anything about it. "Our swimming pools are filled with gold, by heck, We got so much gold, around our neck," or some equally lame lyric. 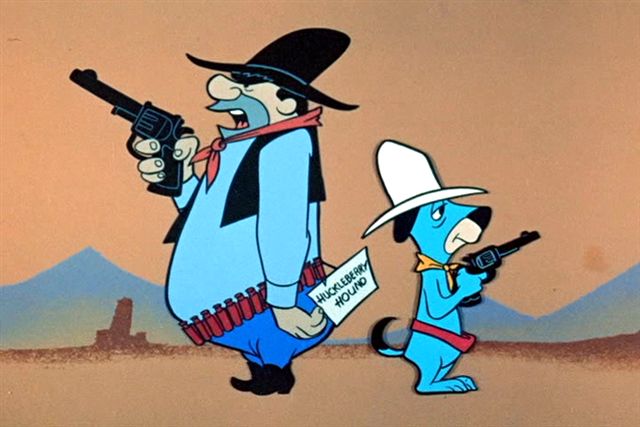 Do you remember Joe telling us how the crazed brave Chuckling Chipmunk (I think that was his name) would laugh? Joe did the silliest little giggle and wanted to make sure that the character sounded just like that.  Howie Morris had been cast to do the voice and did it his own way, which was pretty funny. When it came time for pick-ups, (voice director) Andrea Romano asked if we had anything. We were in the other room and I was explaining to her what Joe wanted for the laugh. The actors were on the other side of the glass, watching us talk to Andrea, but I know I was the one discussing the laugh, asking to get one take, just so we would have it, the way Joe had done it. And I had to do the laugh, so Andrea would know what to tell Howie. She then went back in and asked Howie to redo the laugh, recreating what I had done. He was visibly upset about this. He begrudgingly did it the way he was asked, and then was cut loose from the session. 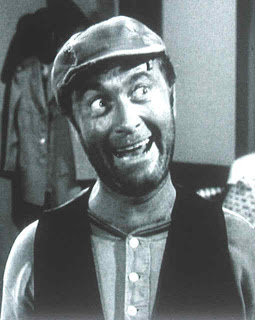 As Howie left, he took the time to open the door to where we sat, looked at me, pointed and yelled almost to the point of being unintelligible, "My laugh was a whole lot funnier than that dumbshit giggle you wanted, because I know what's god damn funny because I've been doing this for a god damn long time with people like Caesar and Brooks and Reiner and you don't know what the fuck you're doing." Or words to that affect. Do you remember that? What a great moment. And all because of Joe.

Also, you might recall, we were trying to beat Glenn Leopold (who was writing one of the nine other cartoon movie scripts – “Scooby Doo and the Ghouls School,” I think) in terms of finishing ours first.  I think he beat us by a day - but we worked hard to make every joke count.  I remember throwing out all sorts of stuff.   If it wasn't a set-up or a punch line, we jettisoned it.  It was the most streamlining that I had ever done to that point.  We were always asking, "Can we cut this out and it still makes sense?"  If yes, then we cut it.  Look at the arc in that story.  It's huge. What a crazy idea to fill up that much time with one character.

I sure had a great time while we were there pounding it out every day. And I'll stack up the jokes in "The Good, the Bad and the Huckleberry" against anything.

So here's one more memory about the show...

I was delighted to meet Pat Buttram in the recording session, being a fan of old westerns and especially Green Acres. Pat played the referee in the boxing match where Huck was up against this behemoth, sure to be pulverized. The line was, "Let the massacre begin." Pat said, in that perfect cracking voice, "Let the mass-uh-cree begin." I really laughed and later, I mentioned it to him. He said in some Autrey movie, he had said it that way and Gene laughed, so he's said it that way ever since. Classic. And that's why, if you're recording a western, you hire Pat Buttram."

Thanks for the memories, John!
And, before signing off, here's one last quick anecdote from John Ludin about Joe Barbera, when Joe was working on an ambitious animated home video series called “The Greatest Adventure Stories form the Bible.”
“I still laugh when I think about Joe telling us that nobody has ever told the story of Noah and the ark properly, regarding what it was like inside that arc:  'And then the boat rocks and this elephant comes sliding right at you and Jesus Christ it's a big damn elephant.'"

As Joe used to say, “It was a helluva deal!” 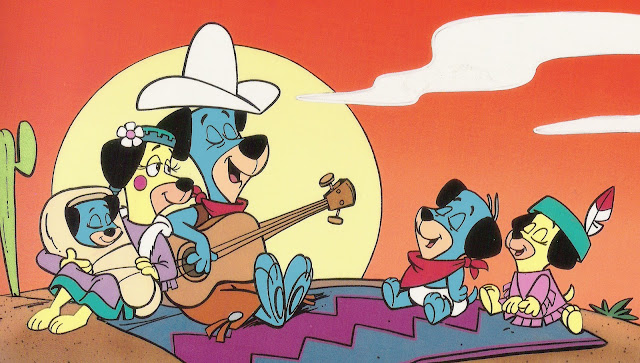