The Premiere of Platypus Duck -- Part 3

In "The Premiere of Platypus Duck," the search for the platypus duchess takes the platypus trio to the big city, where they find the duchess performing at the Sydney Opera House.  (The platypi's home burrow is modeled after Jorn Utzon's design of the Sydney Opera House.)  College pal Brian Fuld provided the voice for the stage manager and announcer at the opera house. 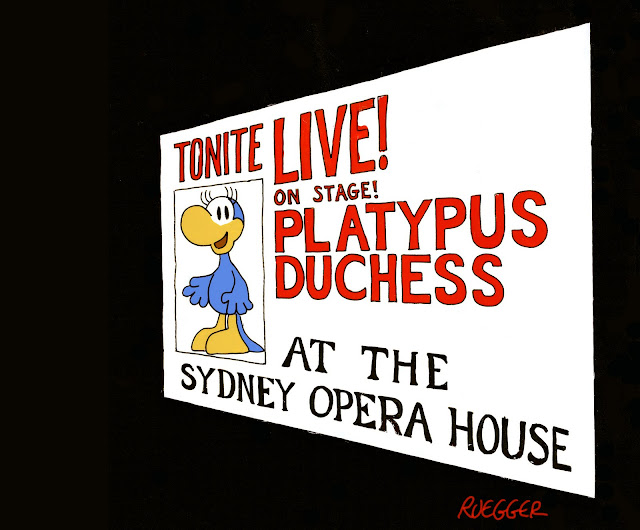 Below, a painted background of the Sydney Opera House used in the cartoon, plus the preliminary rough sketch.  These were based on photos provided by Kenny Altorfer, one of my parents' very best friends from Metuchen. 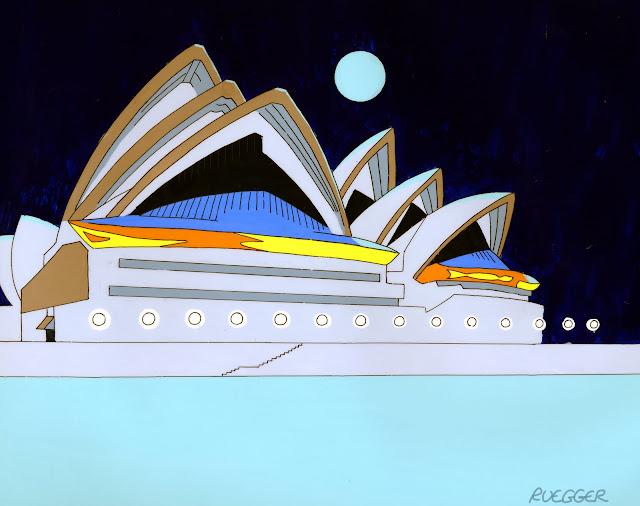 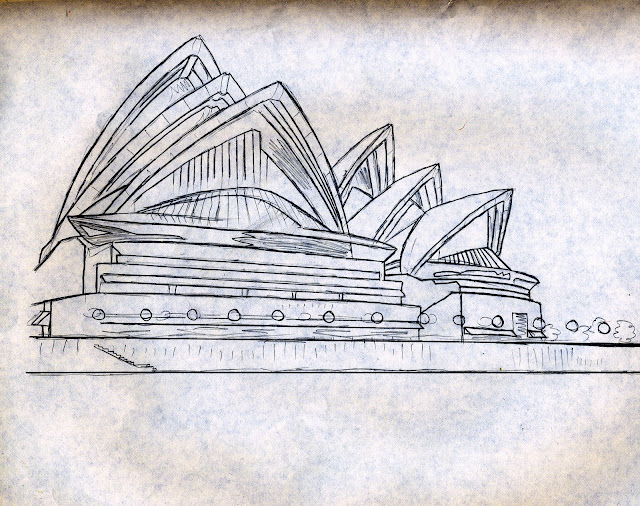 The Premiere of Platypus Duck -- Part 2

In "The Premier of Platypus Duck" cartoon, after the duck-billed platypus family is established, a flood comes along and carries off the platypus mom.  Thus begins the search for the missing "platypus duchess" by the dad and two sons. 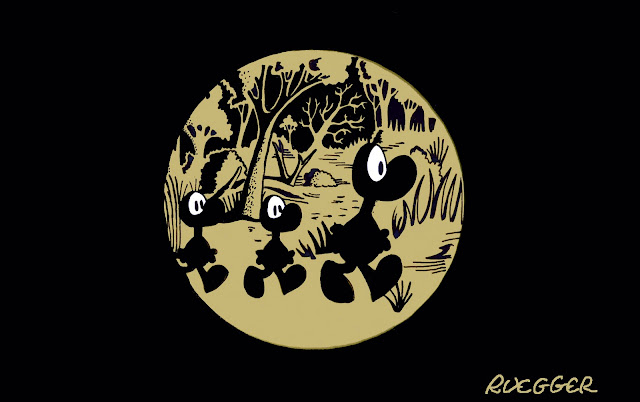 The image above is taken from the POV of a drain pipe which proves to be the method by which the three platypi find a path to the big city.  This particular scene was one of the most complicated to execute and shoot.  The circle matte moved across the screen from right to left, while the platypi walked through the wooded scenery from left to right.

I particularly like the woodcut look of this background.
Posted by Tom Ruegger at 4:09 PM 5 comments: 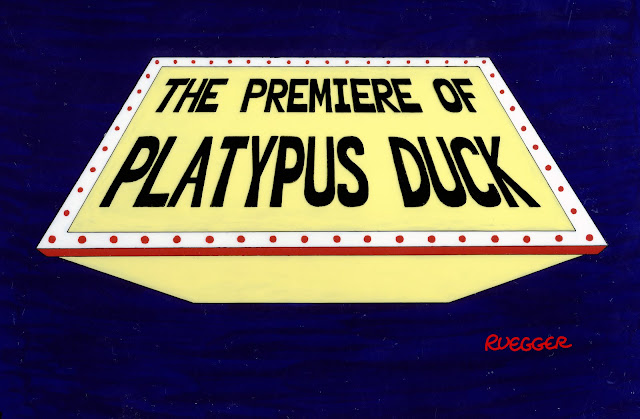 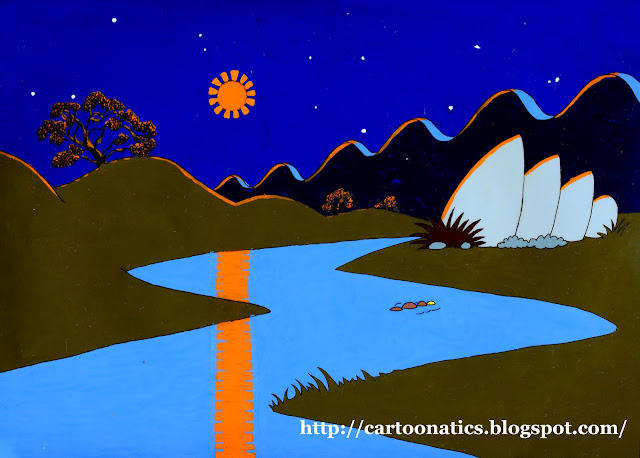 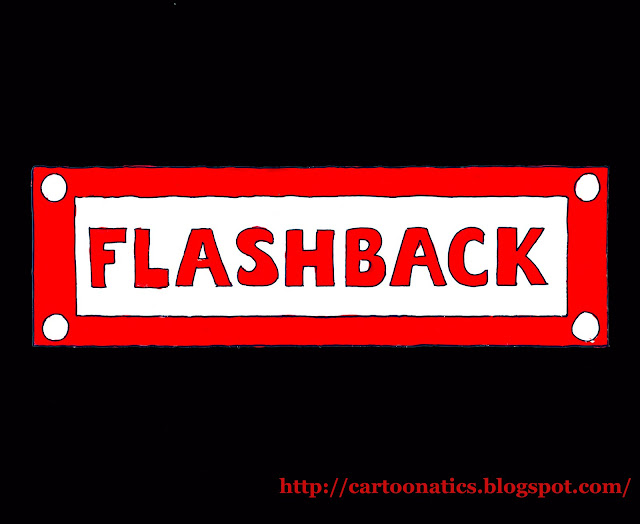 Coming this week:  images from my first cartoon, "The Premiere of Platypus Duck."   Original cels and drawings were preserved for the past 35 years by my mom in a trunk in the basement of her Metuchen, New Jersey home.  (The animation cels look brand new!)

The "Flashback" image above is from the eleven-minute cartoon, which tells the story of the evolution of the duck-billed platypus from 250 million years ago to the present...and to the future.

Happy 1st Birthday to Cartoonatics!  And thanks to all of you for stopping by over the past year.  Keep those comments coming and... 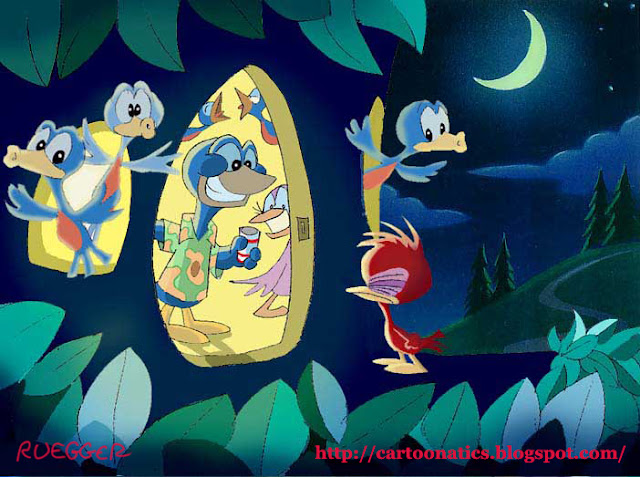