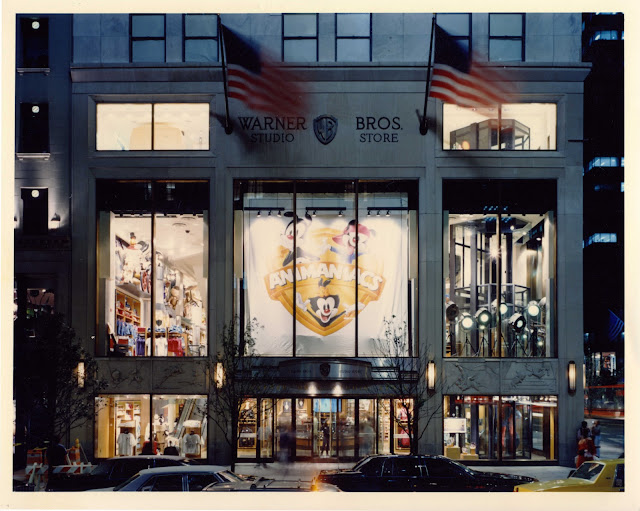 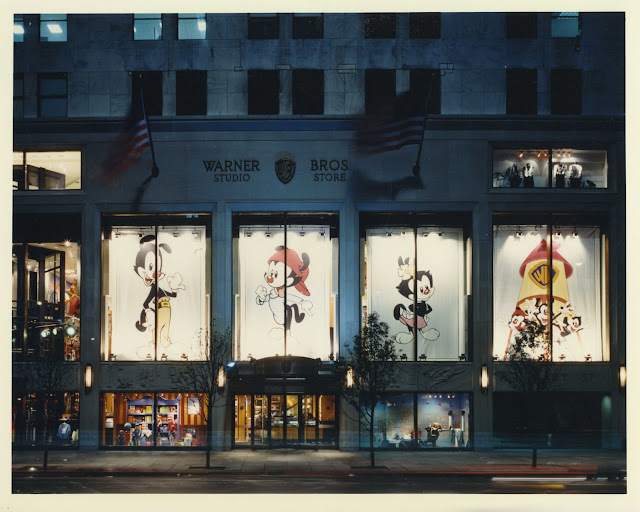 In the mid 90's, the "Animaniacs" cast, including Yakko, Wakko and their sister Dot, received star billing and the full window-display treatment at the flagship Warner Bros. Studio Store on 5th Avenue in midtown Manhattan.
Time/Warner made some crazy moves when it merged with AOL in 2000.  One of the nuttiest of those moves, and one they would regret, was closing the studio stores.
Posted by Tom Ruegger at 9:23 AM