Animaniacs and the Nostalgia Critic 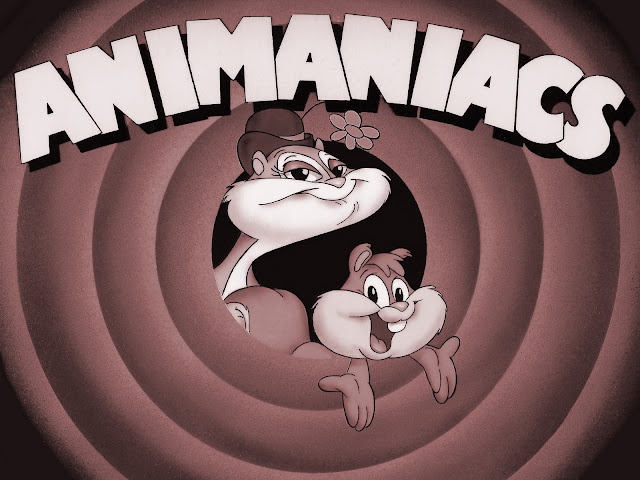 Recently, the Nostalgia Critic (AKA That Guy In The Glasses) conducted interviews with some of the mixed nuts behind Animaniacs (including John McCann, Paul Rugg and both Slappy and Skippy -- Sherri Stoner and Nate Ruegger).  In honor of that, I cleaned up this Slappy and Skippy cel set-up from the first season's promotional campaign -- and made sure it had that nostalgic sepia tone coloring.

That Guy in the Glasses told me that the Animaniacs piece will be broadcast  on August 10th.  (Hopefully, I can figure out how to send the video clips from the interview to his FTP site by then.)