Tiny Toon Adventures: How I Spent My Vacation

Question:  What part of the animation industry began with Tiny Toon Adventures: How I Spent My Vacation? 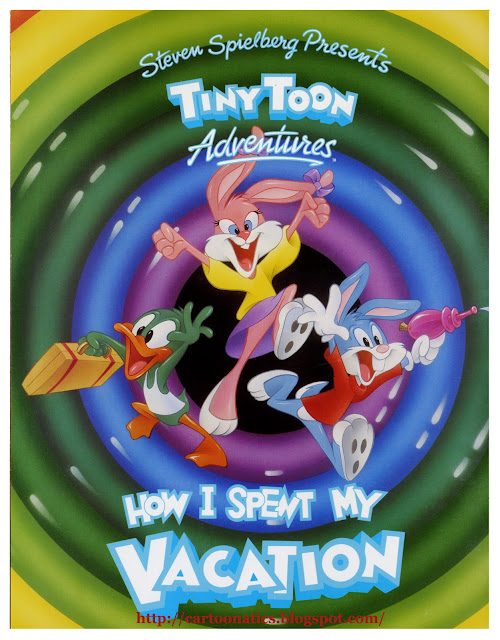 I just uncovered my copy of the original promotional poster, which I scanned and posted directly above.

Below are a few of the gag credits that appeared during the end scroll of  How I Spent My Vacation...


Reason This Movie Went Straight To Home Video
Cuz It's So Darned Good!

Hey, What About That Urkel Kid?
Is He Funny Or What?

Last Theatrical Screening:
(Same As Above)

This Film Has Been Edited
For Your Protection.

Do Not Back Up
Severe Tire Damage

Moral of the Story (Pick One):
1. Enjoy Your Vacation.
2. Relish Your Youth.
3. Don't Pick Up Chainsaw-Wielding Hitchhikers.
4. Feature Length Movies Should Not Have 18 Different Plots.

These End Credits
Are Interminable.

Top 4 Reasons A Caricature Of David Letterman Is In This Video:
4. We Admire His Comedy Stylings.
3. We Wanted To Use Merv Griffin, But He Threatened To Sue.
2. We Needed Some Filler.
1. We're Brown-Nosing Weasels Who Want Him To Mention Us On His Show.

Other Stuff Done By
Some Guy Named Bob.

And That's The Final End Credit.

With Rebate
About A Buck And A Quarter