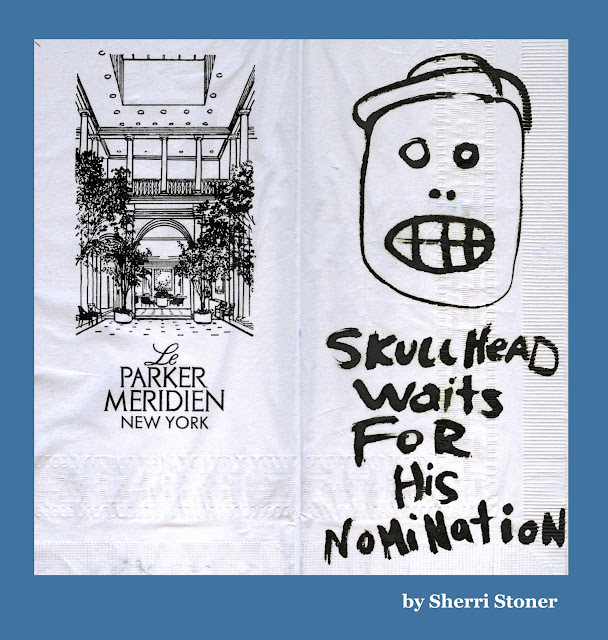 ...Mr. Skullhead waits for his nomination.

He's been waiting quite a while.  He's starting to feel snubbed by the Academy.   Regardless of the fact that he hasn't appeared in any movies or TV shows this past year, Mr. Skullhead remains undaunted.  He knows his time will come.

Until then, Skullhead can be reached at Le Parker Meridien Hotel in New York City, where he serves as the hotel's part-time  dog-walker, or via his publicist/personal manager/artist/creator/ and orthopedic cartoonist, Sherri Stoner.